The Poldi Pezzoli Museum, following its mission to encourage the dialogue between the past and contemporary art, is pleased to present the exhibition Nicolas Party: Triptych, from April 16 to June 27, 2022 in collaboration with kaufmann repetto art gallery. For his first institutional solo show in Italy, Nicolas Party conceived a body of new works in close dialogue with masterpieces from the Poldi Pezzoli collection, opening up multiple perspectives that shed fresh light on the antique artworks as well as on the artist’s own practice.

As a leitmotif for his project, the Swiss artist has selected the triptych, inspired by Mariotto Albertinelli’s eponymous artwork in the museum’s collection. Attracted by the theatrical quality of this multi-panel object, whose wings –which by being opened or closed– hide or reveal the images painted on the inner panels, the artist establishes an unexpected juxtaposition by comparing the popular standard format of altarpieces in medieval and Renaissance art to Marcel Duchamp’s Boîte-en-Valise (the legendary avantgarde-object created by the French artist in the 1940s to contain miniature reproductions of his own artworks). The intrigued, multi-faceted interest of Party towards the triptych typology generates two different proceedings: on the one hand leading to the creation of a series of new three-dimensional works, unprecedented in the artist’s oeuvre, and on the other, to the transformation of the triptych into a monumental scenographic device for the display of new paintings.

Five free-standing triptychs by Party, preciously decorated in a faux-marble pattern, are installed upon plinths in the Salone Dorato, one of the Museum’s most famous rooms, which hosts the collection’s masterpieces including paintings by Andrea Mantegna, Sandro Botticelli, Piero del Pollaiolo, and Piero della Francesca. Party’s artworks are arranged in the center of the room. Each triptych, painted on both sides, contains a central copper panel depicting a portrait, framed by two wings depicting still lifes and landscapes, which also reappear as a dominating theme on the exterior panels, where there are executed in the grey shades of grisaille. “In the half-length portraits of the central panels of the small triptychs, Party’s personages stare out at us, as distant as icons, with their livid flesh tones and the bright tints of their clothing that have been given a sheen by the use of a copper support. (…) Characterized by free-standing arched structures and presented here for the first time, the dialogue between architecture, painting and sculpture occurs in fact within the works themselves, in continuity with the place in which they are housed, with its history and collections”, remarks Arturo Galansino in the exhibition brochure.

In the Stanza del collezionista, the triptych reappears under the guise of an imposing theatrical scenography, decorated in a severe black and white faux-marble pattern. Imitating the tripartition of the original object, but magnified and realized on a scale measuring four meters in length, the artist conceived this device for the display of new oval portraits and still lifes, realized with the technique of soft pastel. One of Party’s most distinctive features is, in fact, the use of pastel, a medium that was made popular in the 18th century by painter Rosalba Carriera, whose exquisite Ritratto di Gentiluomo is preserved in the Museum’s collection. Echoing the composition of his smaller triptychs, the two central panels of this structure each present a portrait. Here the artist makes an explicit tribute towards two of the other Renaissance paintings in the Museum’s collection, namely Bartolomeo Montagna’s Saint Paul and Saint Jerome. In this case, the curiosity of Party has been drawn wholly to the specific painterly qualities of the draped cloth that clads the two saints: “The fabric becomes an expression of the inner feelings of the character. Instead of covering the body of the saint, the fabric reveals its inner energy. There is as much expression in the fabric as there is in the faces of Saint Paul and Saint Jerome”, observes the artist. Party’s half-length portraits are hence both clad in sumptuous, richly folded cloth, each echoing the vests of one of the two saints. The reflection on Montagna’s drapery leads the artist even further, and becomes a metaphor for painting itself: “Drapery could represent the very essence of painting”, continues Party, “Before becoming a complex formation of creases and folds, the piece of fabric is flat, just like the canvas. The canvas is unpainted like a drape without folds, completely flat. It is the movement of the fabric that gives life and meaning to it, as much as paint gives meaning to a canvas.”

This exhibition continues the uninterrupted dialogue of the museum with art, from past to present, from Gian Giacomo Poldi Pezzoli’s taste to the aesthetics of a young, but already well-known contemporary artist as Nicolas Party. It is part of a series of exhibitions, started in 2011, displaying works by contemporary artists inspired by the museum’s masterpieces.

The exhibition is accompanied by an illustrated brochure with texts by Nicolas Party and Arturo Galansino.

With the support of: Umberta Gnutti Beretta

Under the patronage of: Regione Lombardia, Comune di Milano 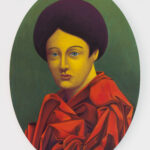 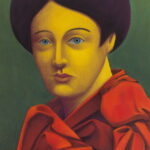 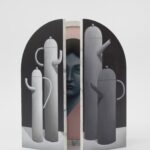 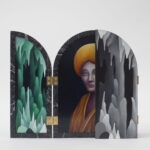